How to do a Simple Query Analysis and Optimization in Couchbase

I’ve joined an Indonesian Startup named Mapan since this September, leaving my previous role at a multinational consulting company. And to be honest, in here there are so many things to learn and a whole new playground to play with, and let me share one of new thing i’ve learn during my one month service here.

After im spending some time with mandatory company induction and way of working, i started with some technical matters and found a quite interesting issue regarding slow queries to Couchbase database, thats why im share step by step on how to analyze and gives workarond so that perhaps it wont happen again.

Dislaimer : on the time this writing is created, im working with Couchbase for less than 1 month. This writing is still open for discussion and improvement 😀 .

First analysis is that corresponding query despite hitting on an index, it still gives a quite amount of time of fetching as you can see on below image. It is happen mostly due to fetching is done first with all the data (85% of time is used for this, around 38 seconds) and do the filtering later on. 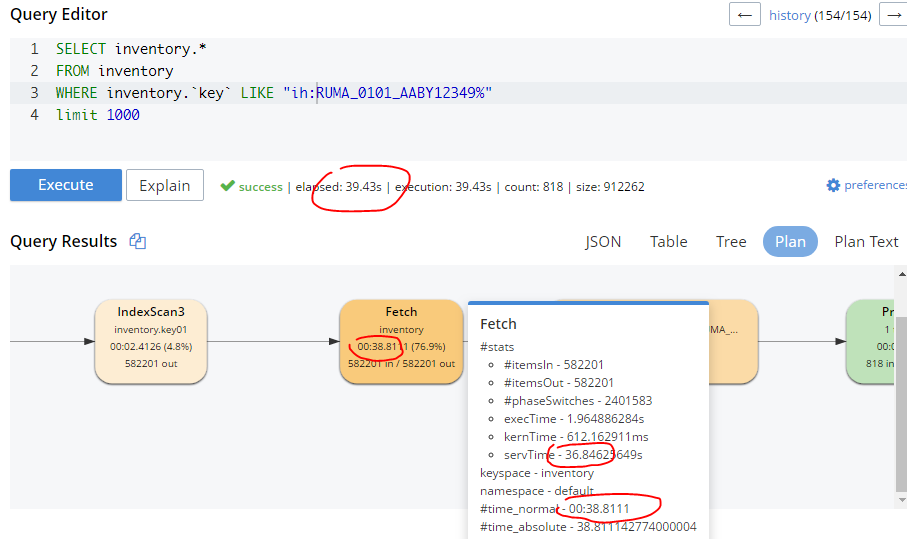 And change the query needed into below,

Drastically reducing the query time into 80ms, as on below screenshot.

Again, same issue happen here. Despite hitting get_stock_mutation index, it still takes some time for fetching. On below screenshot, it shows almost 36 seconds only for fetching.

Again, almost the same approach is used for this case. We can see which field is used on WHERE parameter, and start indexing it. The only difference is that it have range query on transaction_timestamp field and also order by criteria, which will make it a little bit complicated.

It took not only query optimization, but also some negotiation to implements some changes on User Interface. On previous query, transaction_timestamp parameter doesnt have any limitation on start and end date, therefore make it harder to do indexing. After consulting with user, they are agree that there should be a one month limitation for doing range query.

After user agree with changes on UI, next is to create an Index on Couchbase for corresponding query.

Tweaking the query into below, 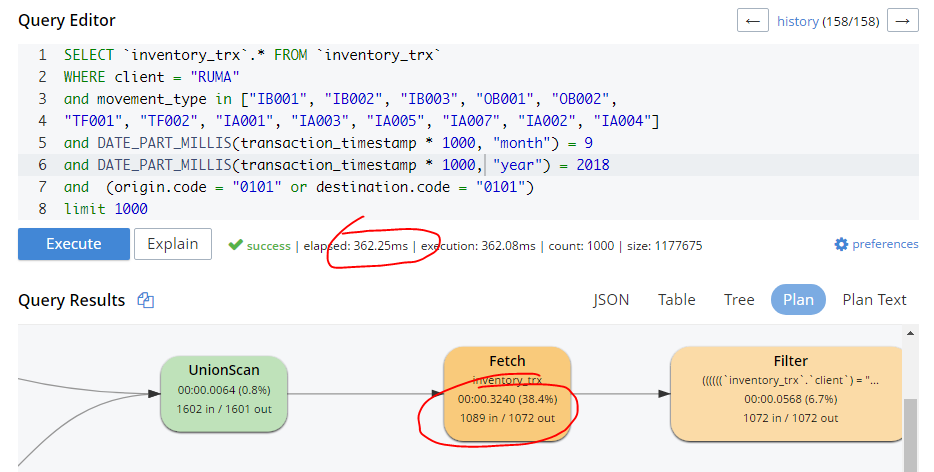 Thank you for sharing this post. It's very informative.